Question 1.
ABC is a triangle. Locate a point in the interior of ∆ ABC which is equidistant from all the vertices of ∆ ABC.
Answer: 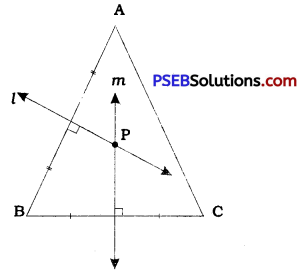 Question 2.
In a triangle locate a point in its interior which is equidistant from all the sides of the triangle. 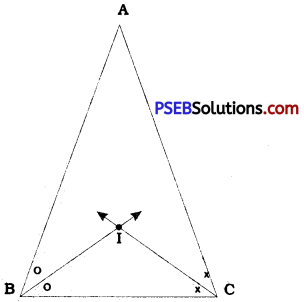 Question 3.
In a huge park, people are concentrated at three points (see the given figure): 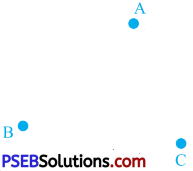 A: where there are different slides and swings for children.
B: near which a man-made lake is situated.
C: which is near to a large parking and exit.
Where should an ice cream parlour be set up so that maximum number of persons can approach it ?
(Hint: The parlour should be equidistant from A, B and C.)
Answer:
First of all, construct ∆ ABC with the given points A, B and C as vertices. Then, as shown in example 1, draw the perpendicular s bisectors of any two sides of ∆ ABC and name their point of intersection as P.

Now, the ice cream parlour should be set up at the location given by point P as it is equidistant from all the three places (points) A, B and C.

Question 4.
Complete the hexagonal and star shaped < Rangolies [see figure (1) and (2)] by filling them with as many equilateral triangles of > side 1 cm as you can. Count the number < of triangles in each case. Which has more triangles? 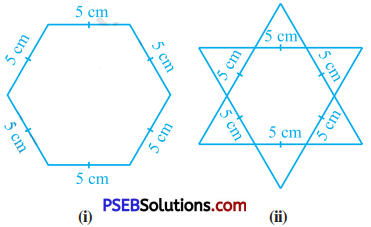 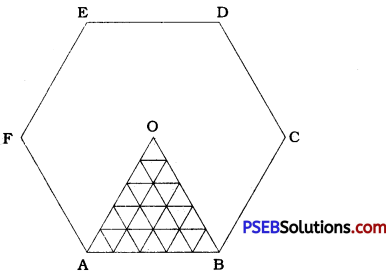