This PSEB 6th Class Computer Notes Chapter 2 Computer Components will help you in revision during exams.

Introduction to Basic Components of Computer System:
Computer is a device which gets input, processes it and gives output to the user. Input processing and output are called basic tasks of a computer system. For doing these tasks computers need various components. For this computer needs Standard Input Output devices and a Processing Unit.

Standard Input devices include keyboard and mouse. Both of these devices are necessary for a computer. If the keyboard is not attached to the computer, the computer will show an error message at the time of booting. The keyboard is used to enter text messages and the mouse is a pointing device. The most common Output device used in computers is a monitor. It is required to see the result of our work.

The combination of these systems is called the Standard Input Output unit. There are many types of input devices used for input. Keyboard is the most common input device, used to enter textual data. The second common device for input is the mouse. This device is used to point a special part on the screen or to select a command your mouse pointer. The other common devices which are used for input are microphone touch screen scanner etc.

2. Control Unit: Control unit is meant for controlling all the activities of the computer. This unit works as the brain of a computer. It performs all the operations given in the form of instructions. It also controls the functioning of other components of the computer. It controls both input and output units also.

3. Arithmetic and Logical Unit: This is the third part of the Central Processing Unit. This unit is related to performing all the arithmetic and logical operations. A lot of calculations are done by computer in each type of work. All these calculations are done by this unit of CPU. Part of Central Processing Unit is integrated within the processor.

Types of Computer Memories
Computers can store data in many ways. This is possible due to the use of different types of memory in computers.

Computer memory can be classified into two types.

Primary memory is of two types.

Categories of Computer:
The computers can be categorised according to their speed, memory processing capability, storage capacities and generations.

There are four main types of computer. 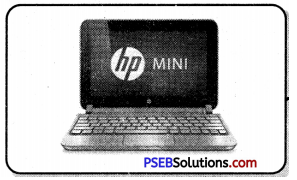 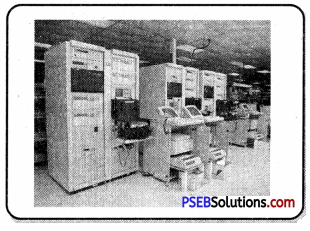 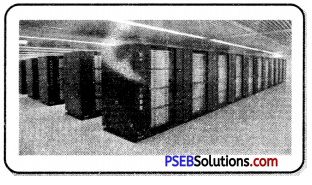