Question 1.
What are macromolecules? Give examples.
Answer:
Chemical compounds, which are found in the acid insoluble fraction are called macromolecules or biomacromolecules. For example, proteins, lipids and carbohydrate, etc.

Question 2.
Illustrate a glycosidic, peptide and a phosphodiester bond.
Answer:
Glycosidic Bond: A glycosidic bond is a type of functional group that joins a carbohydrate (sugar) molecule to another group, which may or may not be another carbohydrate.

Peptide Bond: A peptide bond (amide bond) is a chemical bond formed between two molecules when the carboxyl group of one molecule reacts with the amine group of the other molecule, thereby releasing a molecule of water (H20).
H2O. 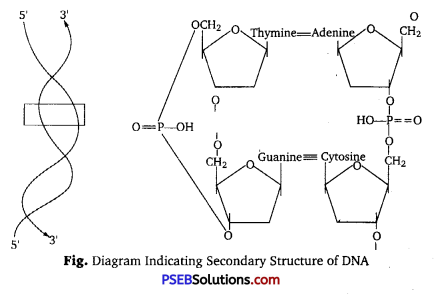 Question 3.
What is meant by tertiary structure of proteins?
Answer:
Tertiary Structure of Protein; The overall shape of a single protein molecule; the spatial relationship of the secondary structures to one another. Tertiary structure is generally stabilized by non-local interactions, most commonly the formation of a hydrophobic core, but also through salt bridges, hydrogen bonds, disulfide bonds,1 and even post-translational modifications. The term “tertiary structure” is often used as synonymous with the term fold. The tertiary structure is what controls the basic function of the protein.

Question 4.
Find and write down structures of 10 interesting small molecular weight biomolecules. Find if there is any industry which manufactures the compounds by isolation. Find out who are the buyers?
Answer: 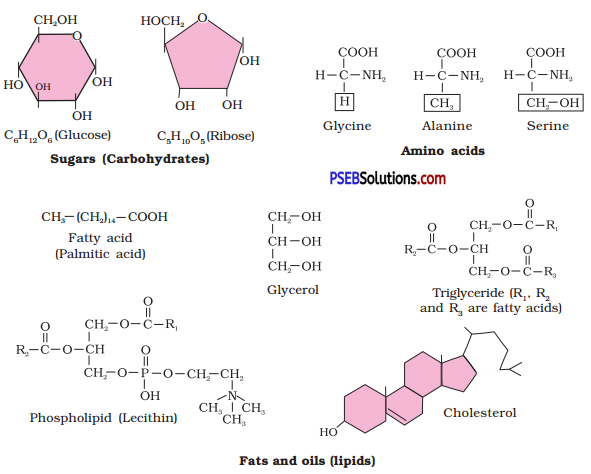 Question 6.
Find out and make a list of proteins used as therapeutic agents. Find other applications of proteins (e. g, cosmetics etc.)
Answer:
Some proteins and their functions are as follows:

Question 7.
Explain the composition of triglyceride.
Answer:
Triglycerides are composed of two types of molecules, i.e., glycerol i (3 carbon molecules) and fatty acids which attach to the glycerol at the alcohol unit. The following is a structural representation of a triglyceride at the molecular level. 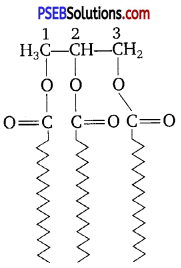 Question 8.
Can you describe what happens when milk is converted into curd or yoghurt, from your understanding of proteins.
Answer:
Milk contains a protein called casein. This protein gives milk its characteristic white colour. It is of high nutritional value because it contains all the essential amino acids required by man’s body. The curd forms because of the chemical reaction between lactic acid bacteria and casein. When curd is added to milk, the lactic acid bacteria present in it cause coagulation of casein and thus, convert it into curd.

Question 11.
Draw the structure of the amino acid, alanine.
Answer:

Question 12.
What are gums made of? Is fevicol different?
Answer:
Gums are made of carbohydrates, i. e., L-rhamnose, D-galactose and D-galacturonic acid, etc. Fevicol is different from natural gums. It is a synthetic product.

Question 13.
Find out a qualitative test for proteins, fats and oils, amino acids and test any Fruit juice, saliva, sweat and urine for them.
Answer: 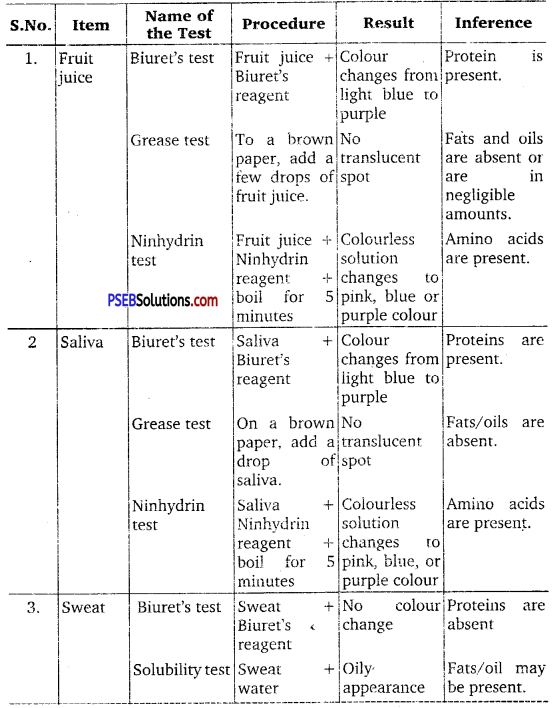